Take a look at a traditional packhouse with all the people working in it, using knives to trim and cut produce as it arrives from harvest. Often an immigrant labour force, critical to the operation, as produce has to be inspected and trimmed before it is sent to be packaged.

The demands of the consumer and the supermarket means that produce has to be presented in a certain way – trimmed here, portioned there, with the bad bits removed. This is the domain of a human being with a blade. They work in an inhospitable environment doing a critical job. Recruiting those people and keeping them is a real challenge. 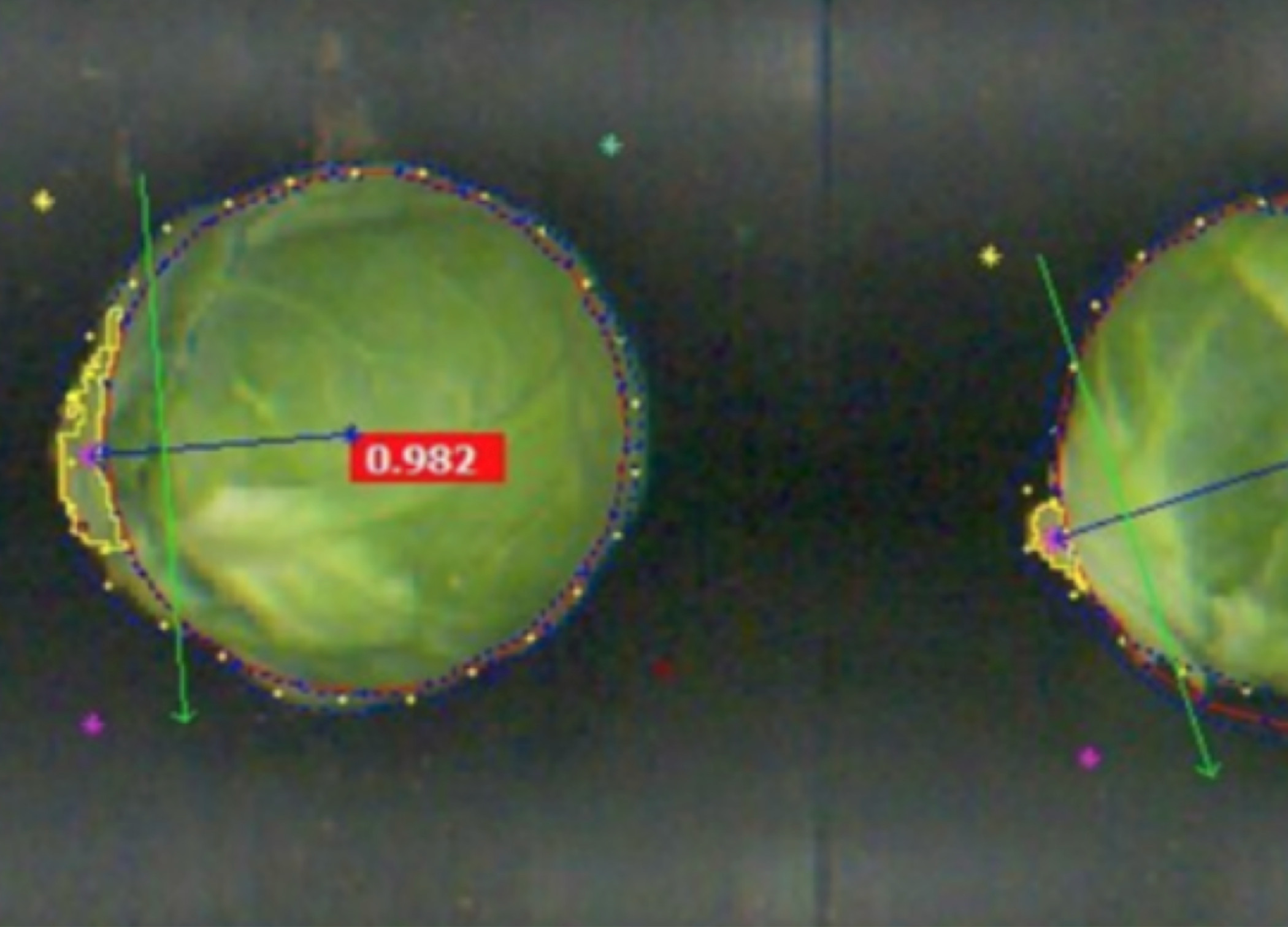 The vision system sends the data to a robot which makes the cut. An optimum cut that minimises ‘giveaway’ but also reduces waste.

It’s the holy grail of food production and we have delivered a number of these systems which are improving quality and reducing the need to employ labour for many hours. Ultimately, it’s a win-win with sustainability a key benefit of robotic post harvest processing. 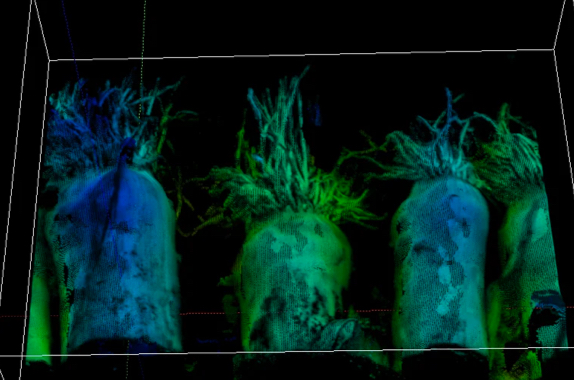 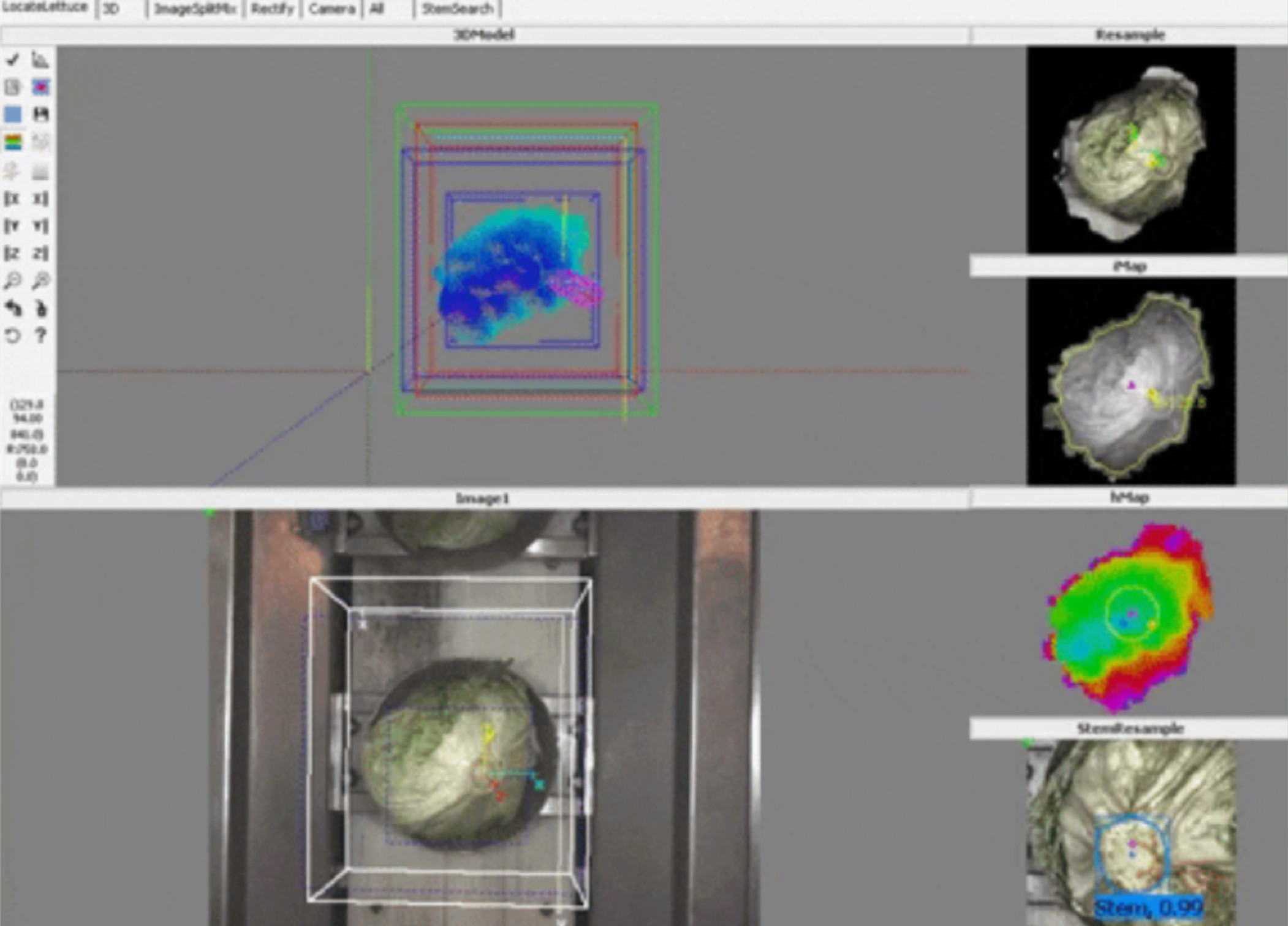 How is this achieved?

It’s the rapidly developing world of machine vision that is the enabling factor. A robot will do a number of repetitive tasks but these tasks are limited by the fact that every product is different, with different trimming requirements that traditionally only humans have had the ability to assess and make a decision on, in real time. In the case of the robot, it has to be reprogrammed for each new cut and this is where an AI vision system makes the difference as it makes its decision in real time about what the robot has to do next.

The image is the 3D machine vision view of a brassica de-coring application. The robot locates the exact position – height and angle of the stem so that the stem can be removed with a robot end effector.